Many flaps can be done for scalp defect, including rotation flap, which is done in this case.

First, the patient is shaved fully before u plan for a procedure.

Now the defect is assessed and the possibility of a flap is chosen with a lint pattern taken for the same. 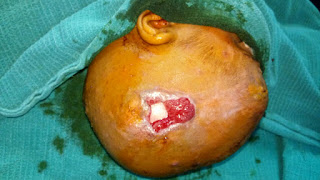 The patient is taken up for surgery under general anesthesia. on the table, positioning is done either lateral or prone position.

Approximately 5X times a rotation flap is marked, make sure hairline is not changed too much.

The flap is raised at the sub galeal plane. until the base of the flap is reached.

Always triangulate the defect, before marking the rotation and base of the flap. 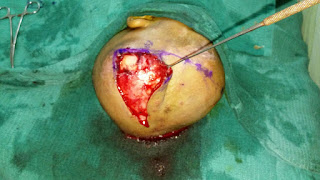 This is almost rotation and advancement flap that covers the defect. Now inset is given to the raw area with nonabsorbable sutures. Simple stitches are made. A bulky dressing is made. 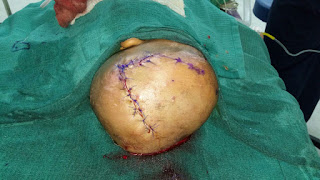 On the POD 2 dressing is done and look for flap necrosis or any suture is tight or not. review the flap on 5th and 10th POD if everything goes well.

Suture removal once you are satisfied with the healing.

Follow up with good scar massage and coconut oil application.

Scar alopecia is expected and if the hair growth is dense it might cover up your defect which the scar has left.

Plan for hair transplant in the near future. 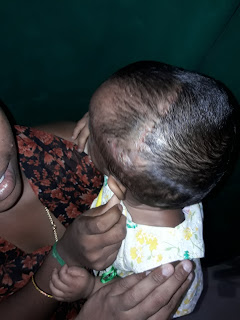 Dr. Vidhun Raj Barath., M.ch.,
Dr. Vidhun Works as a Consultant Plastic Surgeon in Apollo Speciality Hospitals,Trichy Finished his training at prestigious institute for research and rehabilitation of hand at Stanley Medical College Chennai. Well renowned for his day care procedure even for difficult cases that he handles in trauma care. For Appoinments Click Here